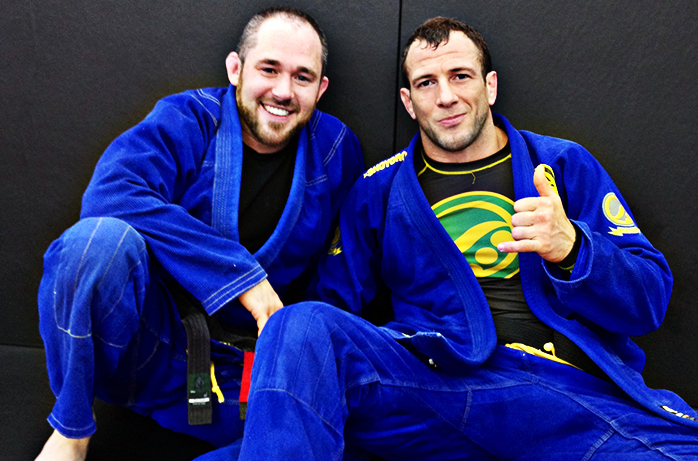 Professor Malin’s Spring Break included crossing off the number one item on his Jiu-Jitsu bucket list: Taking a private lesson and rolling with BJJ legend and creator of the Turtle Guard Eduardo Telles!

“I’ve been watching him roll since I began training Jiu-Jitsu 12 years ago and really started to study his techniques and incorporate his style into my game after I received my brown belt” said Professor Malin. “At that time, I was training more and more with Professor Andrew who continually passed my half guard attaining side mount. I began to turn to the turtle position to defend against the pass and from there focused on the many sweeps and submissions that can be found against unsuspecting opponents.”

“To have the opportunity to be on the mats with a World Champion is one thing but to be on the mats with the creator of the position I play was surreal! He had an answer for all my questions and taught me some new techniques I’ve never seen! The highlight though was the 10 minute friendly “match” we had at the end. Rolling with Professor Telles definately helped deepen my understanding of the positions and movements he taught as I was able to feel them done to me while I was trying to resist!”