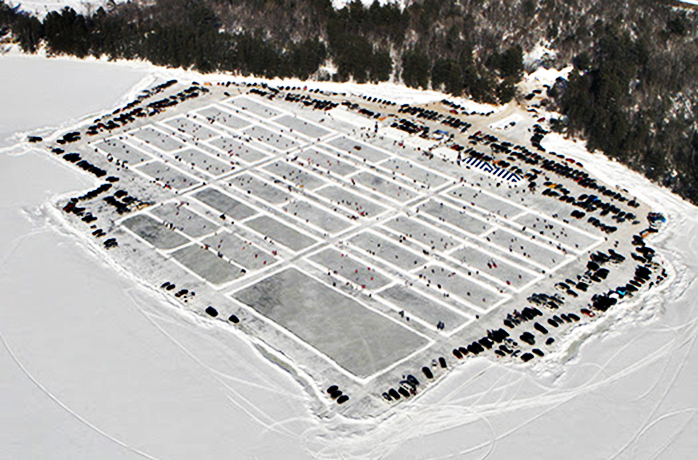 Donnan Hockey parents, I recently read this article and found it to be very interesting. I think it relates directly to one of the reasons we decided to impement the small area games component this year on a more regular basis. Take a read, and feel free to drop in for a visit to discuss.

Too Big To Ignore 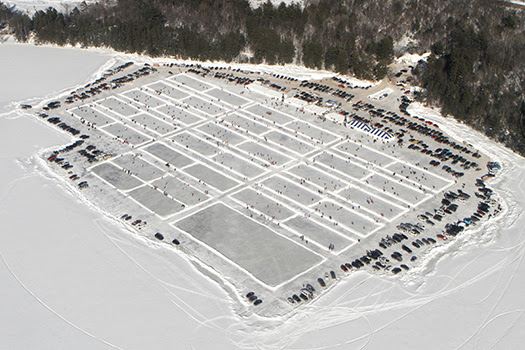 Positioned at both ends of an enormous 300 feet by 85 feet ice rink stood a pair of oversized hockey nets, each measuring 6 feet tall by 9 feet wide, that made the adult player standing beneath their massive arches look Lilliputian by comparison.

Half buried in a snow bank behind one of the nets, Greg Roberts reclined in sheer exhaustion as he searched around for his water bottle. Roberts had just sprinted the length of the rink, only to lose the puck and give chase all the way down the ice again.

“That’s crazy, it’s too much ice,” Roberts said in between gasps of air. “There’s no way to execute plays or anything. It’s all just skating back and forth. When I did get the puck I was too tired to do anything with it.”

Imagine playing hockey on a seemingly endless sheet of ice. You can see the puck but no matter how hard you try or how fast you skate you are never able to catch up to it. Suddenly, you find yourself trapped at one end of the rink, helplessly watching as the play moves toward the other end. You struggle to catch up before exhaustion forces you to escape to the safety of the sidelines, only to await another futile shift of constant skating and little puckhandling.

It’s no nightmare, but rather the reality that most 8 & Under hockey players deal with on a regulation NHL sheet. 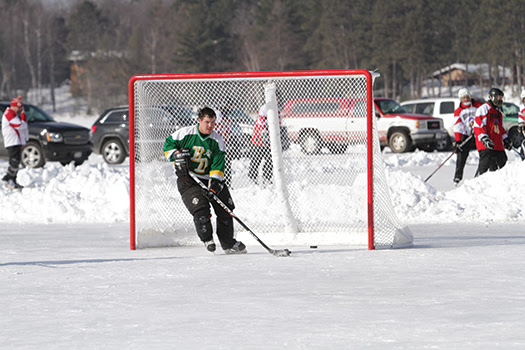 Having an adult experience, firsthand, the difficulties of playing and enjoying the game on such an overblown scale is something that USA Hockey hopes will help drive home the message of an age-appropriate ice surface for younger players. The expanded ice surface and enlarged nets were used in the filming of a video that has been distributed around the hockey world. See USAhockeymagazine.com
to see the full video.

“It’s something else that just may click with another group of people that haven’t quite understood where we’re coming from,” said Ken Martel, technical director of the American Development Model, who came up with the idea of creating a video shoot to signify the absurdity of allowing young kids to play on the same sized ice sheet as an NHL player.

Imparting the values of the ADM in a very real setting is a big step forward in the improvement of the quality of youth hockey. That’s why Martel brought a film crew to Eagle River, Wis., the home of USA Hockey’s largest adult tournament that this year featured more than 2,300 adult players, many of whom are also coaches and parents of younger players.

“I think the Labatt Blue/USA Hockey Pond Hockey National Championship is the perfect location and ideal scenery to make sure the ADM gets an opportunity to make some great points in regards to their program,” said Ashley Bevan, USA Hockey’s senior director of adult hockey.

“Whether it’s cross-ice hockey or driving home the point that young kids should be playing on rinks that are sized for their age, this is great for everyone to see.”

As the ADM continues to win over hearts and minds across the country, the regional managers are constantly looking for new ways to teach the importance of player development in age-appropriate settings.

“We want to be able to educate the parents on why the game is changing and why USA Hockey has a standard of play of half-ice, cross-ice hockey,” said Scott Paluch, a former college hockey coach and the father of two young hockey players. “It’s because it is good for your child.”

From this came the idea to supersize an ice rink to give adult players an accurate and similar experience of what it feels like for a young child to skate on a larger-than-life ice rink.

“This is the upscale version of what our 8-year-olds are going through on a full-sized sheet,” Martel said. “So we want to ask [adult players] what it’s like for them to go and skate on this size ice surface. The question then becomes, ‘is this real hockey?’”

Mitch Wolf, a participant in the Labatt Blue/USA Hockey Pond Hockey Championship as part of the Russian Six from Madison, Wis., emphatically answered Martel’s question with a resounding ‘no’ after his team played a 5-on-5 game on the oversized sheet.

“It would be wasteful to take an 8-year-old and play on a surface like this,” Wolf said. “Truthfully, it’s a dubious benefit even in a game on a regular sheet because it’s so much ice to cover and kids would just be disengaged from the action.”

A high level of disengagement is a major deterrent in youth players who find themselves bored with the outstretched version of hockey. To combat this, and to aid in athlete development across the board, the ADM encourages exciting and quick-paced small area games.

“Trying to imagine how a little kid feels working so hard to get way up the ice, they’re not really involved in the play,” said Guy Gosselin, an ADM regional manager based out of Wisconsin, as he watched the Russian Six skate up and down the 300-foot ice rink. “It’s really hard to get motivated to play a game of hockey when you’re not involved in the play.”

After seeing how much energy is needed to cover such unmanageable distances, Wolf expressed the desire to spend more time spent with the puck to allow him to employ his skills. 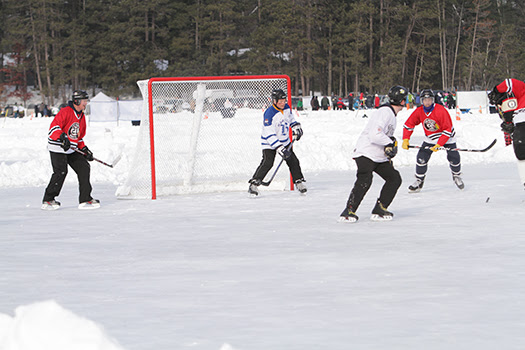 “The small areas are great,” he said. “Kids can be more in the action, get their hands on the puck a little more, so it’s great to have a smaller sheet with some coaching creativity. It can be fun, it can be instructional and you just need a little piece of ice.”

Gosselin, a two-time U.S. Olympian with professional experience on both NHL-sized and the larger Olympic ice sheets, stressed the need to provide a fun environment that keeps kids coming back to hockey as they grow older.

As he watched adults scrambling around the giant ice surface chasing after the puck, Gosselin pointed out that’s exactly how a Mite feels playing on a regulation rink.

“Kids have so many different choices for sports today, and if they’re frustrated and not having fun they will not come back and play the game,” he said. “That has a lot to do with their involvement in the play. Pretty simple stuff.”