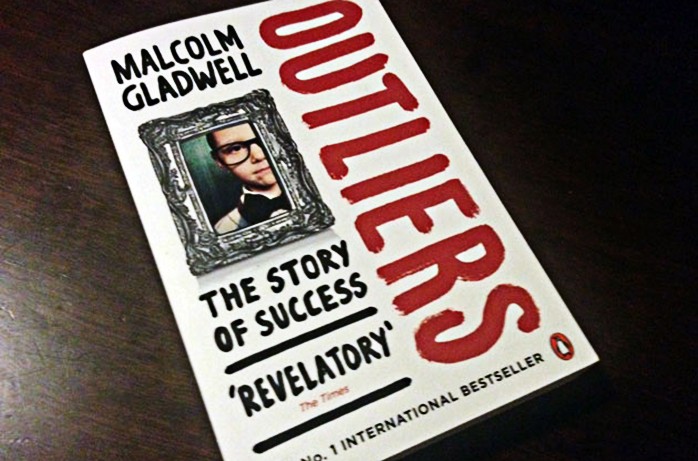 In the book Outliers, author Malcolm Gladwell says that it takes roughly ten thousand hours of practice to achieve mastery in a field. How does Gladwell arrive at this conclusion? And, if the conclusion is true, how can we leverage this idea to achieve greatness in our student athletes?
Gladwell studied the lives of extremely successful people to find out how they achieved success. We will review a few examples from Gladwell’s research, and conclude with some thoughts for moving forward.

In the early 1990s, a team of psychologists in Berlin, Germany studied violin students. Specifically, they studied their practice habits in childhood, adolescence, and adulthood. All of the subjects were asked this question: “Over the course of your entire career, ever since you first picked up the violin, how many hours have you practiced?” All of the violinists had begun playing at roughly five years of age with similar practice times. However, at age eight, practice times began to diverge. By age twenty, the elite performers averaged more than 10,000 hours of practice each, while the less able performers had only 4,000 hours of practice. The elite had more than double the practice hours of the less capable performers.

One fascinating point of the study: No “naturally gifted” performers emerged. If natural talent had played a role, we would expect some of the “naturals” to float to the top of the elite level with fewer practice hours than everyone else. But the data showed otherwise. The psychologists found a direct statistical relationship between hours of practice and achievement. No shortcuts. No naturals.

“If there is NO such thing as NATURAL TALENT, we must assume the elite performers area result of DELIBERATE & INTENTIONAL practice. If the practice hours are not deliberate & intentional then the student athlete may be reinforcing bad habits unknowingly.”

Sneaking Out to Write Code/Falling in Love With Practice

You already know how Microsoft was founded. Bill Gates and Paul Allen dropped out of college to form the company in 1975. It’s that simple: Drop out of college, start a company, and become a billionaire, right? Wrong.The elite don’t just work harder than everybody else. At some point the elites fall in love with practice to the point where they want to do little else. Further study reveals that Gates and Allen had thousands of hours of programming practice prior to founding Microsoft. First, the two co-founders met at Lakeside, an elite private school in the Seattle area. The school raised three thousand dollars to purchase a computer terminal for the school’s computer club in 1968. A computer terminal at a university was rare in 1968. Gates had access to a terminal in eighth grade. Gates and Allen quickly became addicted to programming. The Gates family lived near the University of Washington. As a teenager, Gates fed his programming addiction by sneaking out of his parents’ home after bedtime to use the University’s computer. Gates and Allen acquired their 10,000 hours through this and other clever teenage schemes. When the time came to launch Microsoft in 1975, the two were ready. The elites are in love with what they do, and at some point it no longer feels like work.

“The parents of Mr Gates & Mr Allen were not forcing their children to spend their time on computers writing codes. The LOVE of writing code was what motivated them. As such, our student athletes MUST have the internal motivation to want to PLAY/PRACTICE on their own.”

In 1960, while they were still an unknown high school rock band, the Beatles went to Hamburg, Germany to play in the local clubs. The group was underpaid. The acoustics were terrible. The audiences were unappreciative. So what did the Beatles get out of the Hamburg experience? Hours of playing time. Non-stop hours of playing time that forced them to get better. As the Beatles grew in skill, audiences demanded more performances – more playing time. By 1962 they were playing eight hours per night, seven nights per week. By 1964, the year they burst on the international scene, the Beatles had played over 1,200 concerts together. By way of comparison, most bands today don’t play 1,200 times in their entire career.

“While practicing it is NATURAL to experience FAILURE. Without failure there is a very small window of growth opportunity. In order to experience substantial growth there must be substantial failure. It is a part of the process. Encourage the student athletes to be OKAY with falling and failing as long as they are pushing their boundaries of ability and skills.”

Now that we’ve reviewed the trends uncovered by Gladwell’s research, what can we do about it? All of us want to be great at something. Now that we know how other achievers have gotten there, what can we do to join help our student athletes join those ranks? One approach: We could simply look for more ice time and practice towards 10,000 hours. Or… We can look at the question in reverse. What is it that we do really well? What tasks do we perform so well that people ask: How did you do that? Sometimes when we fall in love with practice we don’t even recognize it! What is that we don’t do well ? How can we deliberately practice at improving those areas ? If you’re only working on the skills that you are good at & thus enjoy, how are you going to improve at the other skills required to be an elite hockey player ? If you are currently elite at your age level, how are you going to stay elite or better yet GET BETTER?