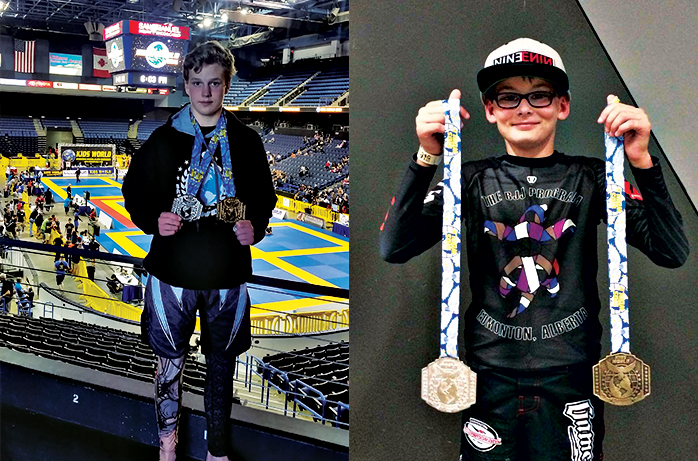 Donnan BJJ had quite the successful summer, adding another WORLD CHAMPION to their ranks.

Donnan BJJ student-athletes Dustin Leuke (Grade 10) and Alex Rendell (Grade 6) competed at the Kids World Jiu-Jitsu Championships that was hosted in Los Angeles on August 20th and both had some extra carry-on to bring back to Canada.

Rendell, a grade 6 student-athlete at Donnan BJJ, competed in both the Gi and Nogi divisions, capturing the bronze in Gi and Silver in the Nogi.

Leuke, who is in the Elite Athlete program at Vimy, competed in the Orange Belt Division in Gi Jiu-Jitsu and became another Donnan BJJ World Champion as he captured the Gold! To top off his tournament, Dustin also competed in the Nogi tournament, finishing as the Silver medallist in that discipline.

Both BJJ Program students trained at other BJJ schools throughout the summer to be ready for the Kids World Jiu-Jitsu Championships, working extremely hard and maintaining their focus.

The BJJ Program is very proud of Alex and Dustin!