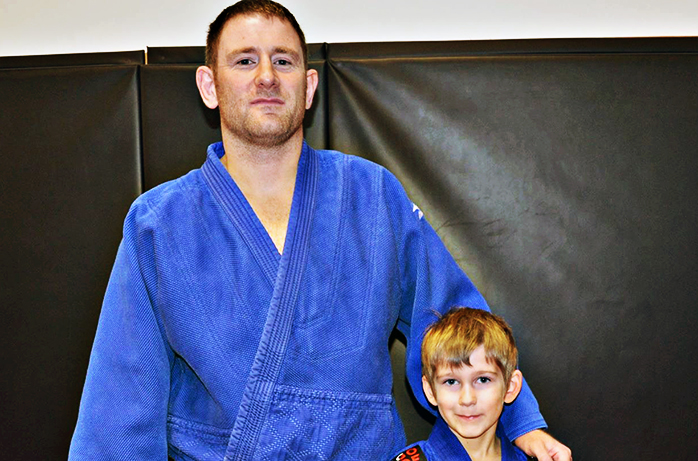 Chrenan, who’s son Finn is in his second year with Donnan BJJ, has been doing Judo most of his life. He moved to Edmonton from Ontario for graduate school in 1998 and continued Judo at the UofA Judo Club where he received his black belt under Ron Senda.

Chrenan is an Alberta Provincials gold medalist in the -100kg category and has competed at Canadian Nationals multiple times. In 2013 Chrenan began training in BJJ with Rodrigo Resende, receiving his brown belt in 2018. Judo and BJJ remain an important part of his life, if he’s not on the mats enough he gets cranky!

Chrenan has graciously shared his Judo expertise with the BJJ Program student-athletes in a week long Judo workshop in each of the past three years. The student-athletes at Donnan and Vimy BJJ are extremely lucky to have Chrenan as a guest instructor!

Here are some quick clips of some Judo techniques Mr. Borradaile taught to the Donnan and Vimy BJJ student-athletes.