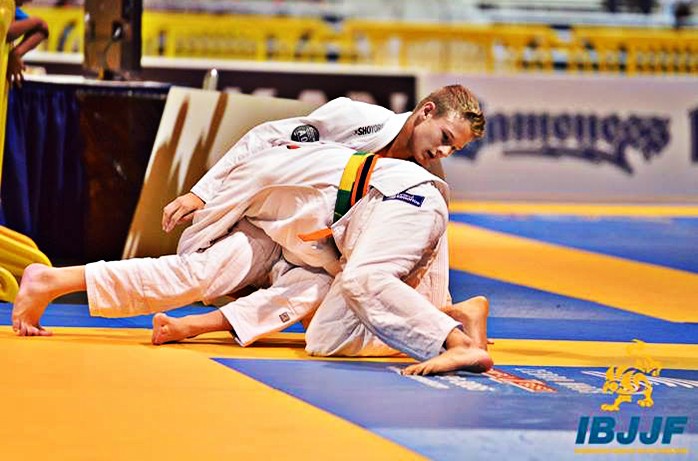 David Elliott continues to rack up the gold medals.

After a 10 day training camp at The Art of Jiu-Jitsu with the Mendes Brothers, the Grade 8 Donnan BJJ student-athlete captured the title by defeating a much larger opponent from Alaska. David had him in a triangle for the majority of the match, but wasn’t able to finish partly due to a prior injury sustained in training. At the 4 minute mark, David was declared the winner with 2 points and 2 advantage points.

Added to this title, David also won gold at the Rocky Mountain Classics and double gold in Calgary on Sept 20th.

In November, David will be competing in the “Toronto Open” and then journeying to Brazil to train for 2 weeks.