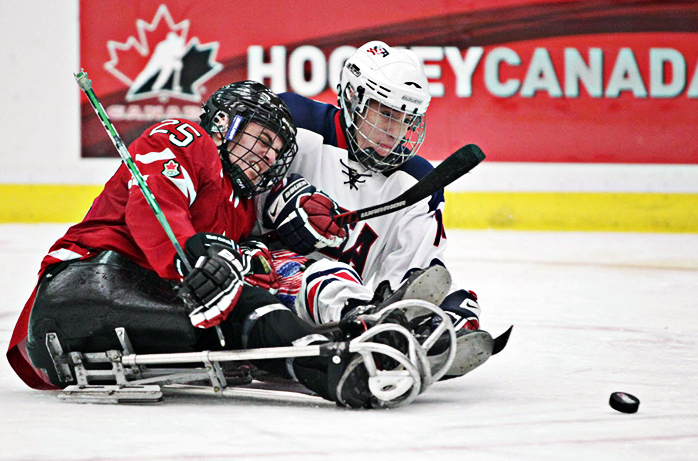 As most of you know one of my ALL TIME favorite books on sports and athlete development is Pete Carroll’s Win Forever. We have discussed this book and the philosophy back in June of last year. A big piece of the philosophy is that in order to WIN FOREVER, you must ALWAYS COMPETE.

UConn men’s basketball coach Jim Calhoun once lamented after a frustrating loss, “I was embarrassed by the way we played, by the way we didn’t compete. We did not compete the way we need to compete. Given the schedule we’re playing, you need to compete every single night.” Many high level coaches have shared with me that they are feeling increasingly frustrated and disheartened by the lack of competitiveness shown by too many of today’s athletes. With the current culture of entitlement that has evolved and overtaken today’s youth, many athletes seem to expect that starting positions and championships will simply be handed to them, rather than working hard and fighting for the very limited opportunities that are available. As Indiana men’s basketball coach Tom Crean says, “In our entitlement culture today, young athletes grow up assuming they deserve things without having to work or compete for them. Then, when they enter the competitive arena, and things don’t go their way, they blame someone else for their shortcomings. Such players give a team no chance to succeed.” Below is an article that I found that discusses the way that coaches can improve the lack of compete in their athletes. I think this is a valuable read for us as educators and parents to maximize the growth and potential in our young student/athletes.

1. Look for Competitors when recruiting and assembling your team.

Like any important intangible in the sports world (leadership, commitment, confidence, character, mental toughness, unselfishness), it is much easier to enhance and refine something that is already there than to try to create it from scratch. The best way to develop Competitors is to use it as a key criterion in your recruiting and selection process. Thus, be on the lookout for Competitors in your recruiting and tryouts. Purposely include highly competitive drills and see how the athletes respond to competitive situations. Of course you are looking for talent, but also be on the lookout for Competitors. Tennessee women’s basketball coach Pat Summitt says, “I look for Competitors when I am recruiting. I look for players from winning programs because I know they’ve been in competitive situations, and they’ve won and they understand how to win.”

2. Create your own Competitive Cauldron to continually challenge your athletes.

North Carolina women’s soccer coach Anson Dorrance says, “In order to improve, to foster competitive drive, you must consistently push yourself to places that aren’t so comfortable. That’s how you learn to steel and toughen yourself, and to ‘break’ your opponent.” Dorrance intentionally sets up a competitive culture with his team through his famous Competitive Cauldron, a practice environment where almost every drill is a competition.

UConn women’s assistant basketball coach Shea Ralph notices the same demanding style in Geno Auriemma, “He is the ultimate competitor. He puts the pressure on kids every day. He stays on them and that helps instill the competitive attitude. Because they know they are not getting away with anything. There is pressure on them every day to give their best.”

Are you positively pushing your players to test their limits? The most successful coaches are highly demanding of their athletes. You have to find the fine line between pushing them to achieve their potential, without breaking them. When they compete and surpass their previous expectations and barriers, they will have the confidence to compete in the future.

Former USC football coach Pete Carroll emphasized competitiveness so much that he created “Competition Tuesday.” Every Tuesday during the season the team would engage in competitive drills and scrimmages. The first team offense would compete against the first team defense. Players were also allowed to create “Matchups of the Day” where receivers would challenge cornerbacks and defensive lineman would challenge offensive tackles. The competitive environment ratcheted up the intensity of practices to a high level.

4. Track and post the results of your drills in practices and games.

There is something about tracking and posting the results of practices and competitions that really brings out the competitiveness in people. North Carolina men’s basketball coach Roy Williams says that one of the pivotal moments in his life came when his third grade teacher wrote the names of the ten kids with the highest grades on the blackboard. Coach Williams says, “When I first saw that list, I was not on it. But when I saw that list and looked at it for six weeks, I made sure that the next six weeks my name was first on the list. And I made sure it stayed there the rest of the way.”

Learning lessons from this early experience, Coach Williams and his staff still meticulously track the results of practices and games and post them to motivate the team.

5. Establish consequences for winning and losing drills and contests.

To continually remind your athletes that something is at stake, establish some kind of consequences for the winners and/or losers of your drills and contests. Assistant Tennessee women’s basketball coach Dean Lockwood says, “After EVERY competitive drill or practice segment, we reward the drill winners and ‘penalize’ the drill losers. The penalty may be a set of sprints, push-ups, crunches or some physical exercise of which they are least fond. We never berate the losers (we may chide them good-naturedly) but our players simply know that after certain drills there will be ‘winners and losers’. This sends a very clear message that practice life is much better and more enjoyable when you win all competitive segments.”

Use these five proven ideas to ratchet up the intensity and competitiveness of your practices. By emphasizing and training your athletes how to compete in practice, they will learn how to be much better Competitors come game day.