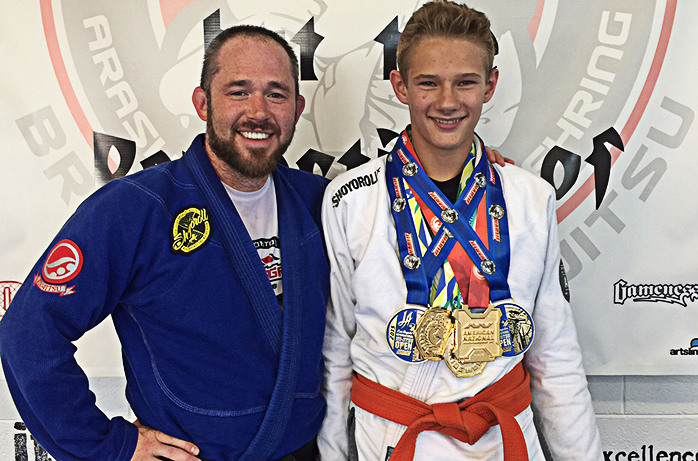 A silver medal at the most prestigious BJJ tournament in the world would be a goal that most 14 year old student-athletes would dream of accomplishing.

David Elliott is not your normal student-athlete.

David is a multiple world champion and was the defending champion coming into the Abu Dhabi Championships in April. David lost a hard fought final by judge’s decision to a local BJJ athlete and came home with a medal that was not the colour he had set out to win.

After this setback, David seemed to be fuelled by a desire to not let another match be decided by a judge and he turned that energy into a summer of exceptional results.

David credits his success to his work with Donnan BJJ Professors Curt Malin and Andrew Gummer as well as his time with prestigious BJJ Instructors Gi and Raffael Mendes.

Congratulations to David, and pity on anyone who tries to stand in his way in Abu Dhabi next spring.